Heya, it's me again. I am feeling SO much better this week! I guess I needed to slow down a bit.

If you missed any of my past stories I put recaps here on the WCB Blog. AND if you missed an email because you're a fan of the comic just let me know and I'll send you an mail with the ones you missed.

Continuing the story, I did skip a bit and put the Battle of the Bands before the demo. Whoops.

So we needed a demo. Studio time was a bit expensive so we got creative, hashing out the plan to record drums at my house, then adding other parts later as schedules allowed.

I bought thrift store comforters and put grommits in them to hang from hooks I had stuck in my walls to serve as sound dampeners and cleared out my living room so a drum kit could fit in there along with whatever microphones Ed brought with his laptop. 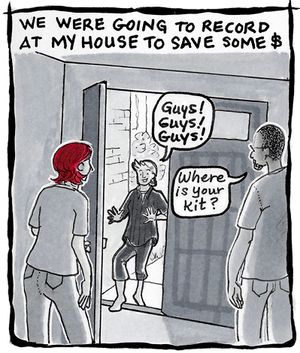 I know the comic part is first this time but seriously read the rest of the story... please?

Ed arrived and we waited for Laurel. After a time she arrived, very excited about recording but with no drums! She had a really big idea that was supposed to save us time and money but we were too shocked and confused at the time - I don't think either of us remember what her idea was but it wasn't going to work. Luckily, Ethan had some experience with recording a demo and booked time at Fastback Studios. 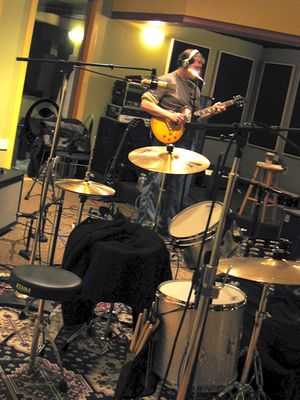 Ethan in action at Fastback Studios in Seattle. 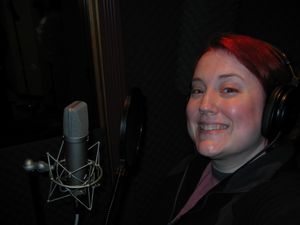 Over two days we had a great time recording a three-song demo with the crew of Fastback Studios. My sister was visiting from Birmingham during our session and hung out with us.

The hardest part of the whole thing was waiting through mixing and mastering. It took longer than I thought it would and the engineer was so focused I didn't realize I could give feedback. Honestly I had no idea how any of this worked. The demo turned out great though. Those recordings used to be on MySpace before somebody spilled bongwater on their server and lost them all. Oh well. 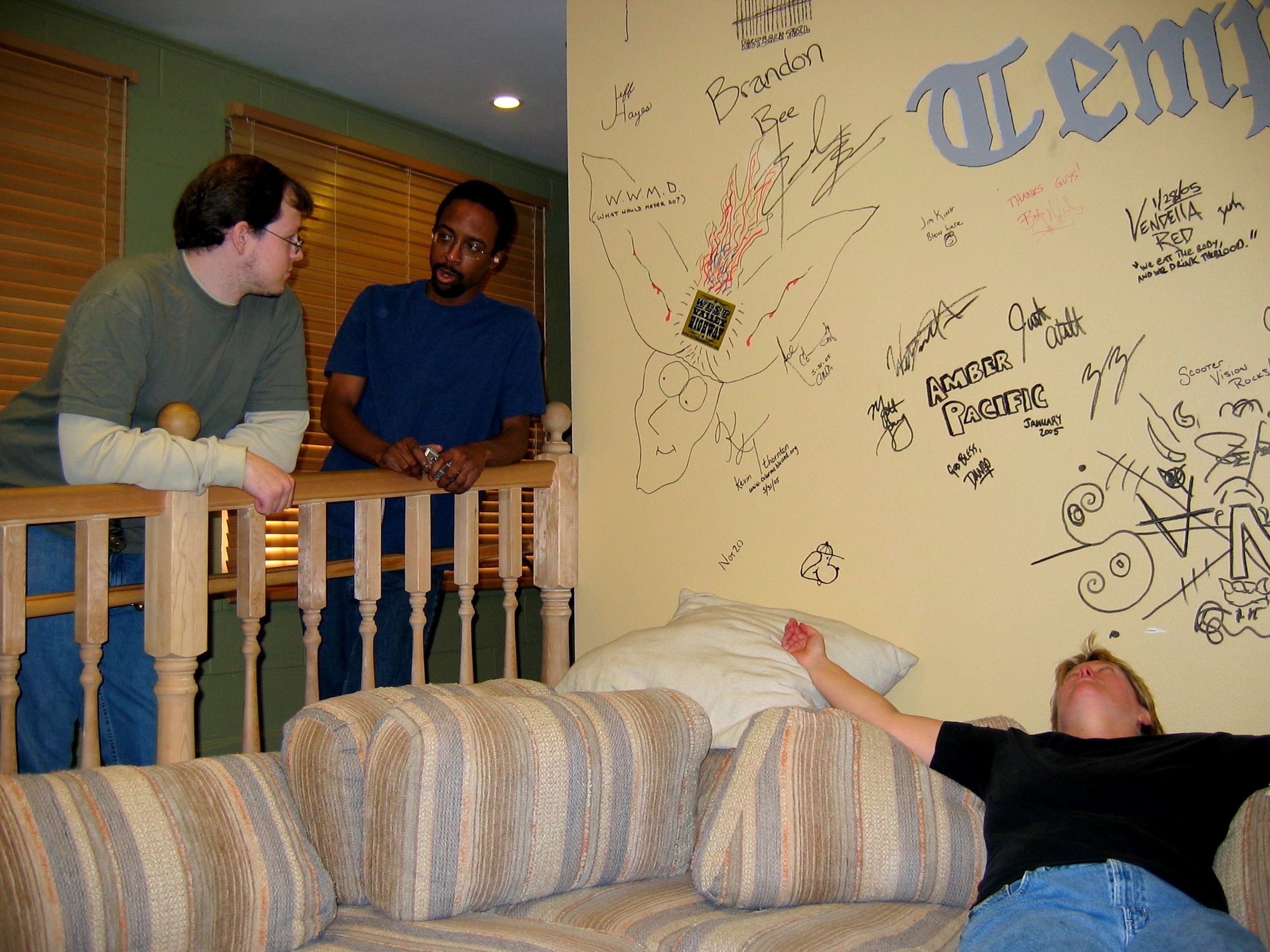 The waiting is the hardest part - every day you see one more card... (zoom to see wall detail)

I try to keep these stories short and simple but they rarely turn out that way. What can I say? I love to write! Maybe that's why I feel the need to include the comic. Gotta mix it up and make it artsy.

I'll have another strip for you in a couple of weeks as I try to remember more from the Troublefakers 1.0 era. Until then remember I love you and want you to be happy, k?